New hospital will act as catalyst for the community 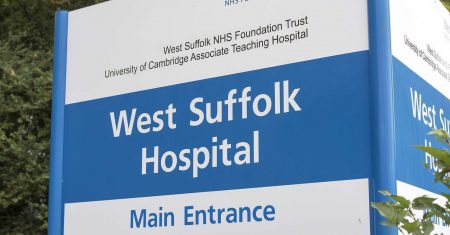 We were delighted to welcome Gary Norgate, project director behind plans for the new West Suffolk Hospital, and colleagues to our recent ONE Haverhill Partnership board meeting.

Here is a recap of what board members were told…

A new hospital must act as a catalyst for the community

“Building a hospital can’t be done in isolation. Population is growing and healthcare needs are growing. We need a new hospital, but we also need to change the way we serve and help our population.”

By way of background, West Suffolk Hospital was built in 1974 and, at the time, had a predicted 30-year life. Structural experts have since given the current hospital a maximum “life expectancy” of 2030.

At the end of last year, West Suffolk NHS Foundation Trust announced Hardwick Manor as their preferred site for a new hospital.

The second round of public engagement is now underway where the Trust is consulting on the proposed plans before a planning application is finalised.

The OHP board was told that analysis across the whole of Suffolk actually suggests two new hospitals would be needed for West Suffolk within 15 years, under the current model of care.

But Gary said the new hospital would be used as a “catalyst” to decide how best to provide care for all our community.

Helena Jopling, Associate Medical Director (Future System) at West Suffolk NHS Foundation Trust, discussed health and wellbeing hubs and the use of them alongside the new hospital plans.

As well as a number of sites in west Suffolk, one in Haverhill was described as “in planning”.

We don’t need a “carbon copy” of the current hospital, Helena said, we are looking at healthcare for the future and a community-based model, in line with national guidance.

A new hospital for west Suffolk – what happens now?

What do people in Haverhill need?

The board agreed to support plans for a series of workshops in Haverhill run by West Suffolk NHS Foundation Trust where local people, businesses and agencies would be asked:

More information about these workshops will follow in the New Year.